Impact of the US election on the forex market

The year 2020 will forever be marked by the COVID-19 outbreak, but there is another important event taking place that is set to have a significant impact on both America and the forex market: the US presidential election. In what is undoubtedly a heavyweight showdown between two greatly contrasting individuals, President Donald Trump and former Vice President Joe Biden face off on November 3 in one of the most high-profile elections in US history. Here we will explore the underlying themes of the election, the main challengers for the presidency, and the impact it could have on the forex market.

The issue of age is a prominent one, with this year’s election being contested by two of the oldest presidential candidates in the country’s history, totalling a combined age of 151. Indeed, if Joe Biden was to win the election, he would assume office at the ripe old age of 78, with his birthday coming shortly after polling day. This means that Biden would be 82 years old by the end of his first term, if he won the battle for the White House. Meanwhile, President Trump became the oldest person to assume the presidency back in 2016, and if he was to be re-elected for a second term, he would leave the White House as a 78-year-old.

Over the course of history, presidential elections usually have a negative impact on the US dollar, due to the uncertainty it creates. However, this time around, several key factors will come into play that will undoubtedly add further uneasiness to the forex markets, such as mail-in voting. The ongoing pandemic has led to a large rise in this ballot method, meaning the winner of the election may potentially not be officially announced for several weeks after polling day. It is an issue that has grown in prominence throughout the build-up to the election, with the Trump campaign’s repeated claims that increased postal voting would lead to “tremendous” fraud.

Another unprecedented factor that could have a significant bearing on dollar uncertainty is a potential constitutional crisis. Doubt has been cast ahead of polling day over whether the incumbent president will accept the result of the election, should he lose. On several occasions, President Trump has refused to rule out disputing the result if Joe Biden was to emerge victorious. In this scenario, traders should be prepared for a period of increased volatility between November 3 and the date the winner is ultimately declared.

Despite the ongoing uncertainty the election campaign has had on the dollar, history suggests that post-election, a stronger dollar usually emerges. In fact, the dollar has strengthened in the 100 trading days after nine of the last 10 elections since 1980 within the first 100 days of a new or returned administration. Interestingly, the currency has performed better when the Democratic Party won, rising by an average of 4%, compared to around 2% when the Republican Party prevailed.

The two candidates have set out contrasting plans for the economy, meaning the outcome of the election will determine the path the country chooses to go down. Trump has pledged to create 10 million jobs in 10 months, wants to cut income taxes, and provide companies with incentivised tax credits in a bid to keep jobs in the US. Conversely, Biden wants to raise taxes on high earners over $400,000 a year to fund public investment and supports doubling the federal minimum wage to $15 an hour.

As we have seen from history, regardless of who wins the presidential election, the dollar will appreciate in the first 100 trading days after the result. However, with Trump currently appearing to favour a weaker greenback to support America’s manufacturers and Biden planning increased stimulus and a tax cut rollback, there exists a real possibility of the dollar weakening. But these are not normal times, and with the dollar already being hurt by Trump’s tendency to spark trade wars, a Biden presidency could in fact strengthen the currency through the restoration of more conventional trade talks.

As a forex trader, it is very important to make sure you stay up to date with the latest global developments  such as the US presidential election, as they can have immediate, short term and drastic long term effects on the economy generally and currencies more specifically. Political risk is often regarded as a significant factor when deciding whether to trade the markets, so by keeping tabs on political news it can be beneficial to traders. An informed trader is a better trader. 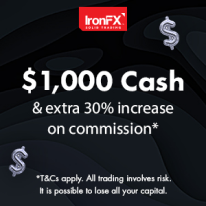